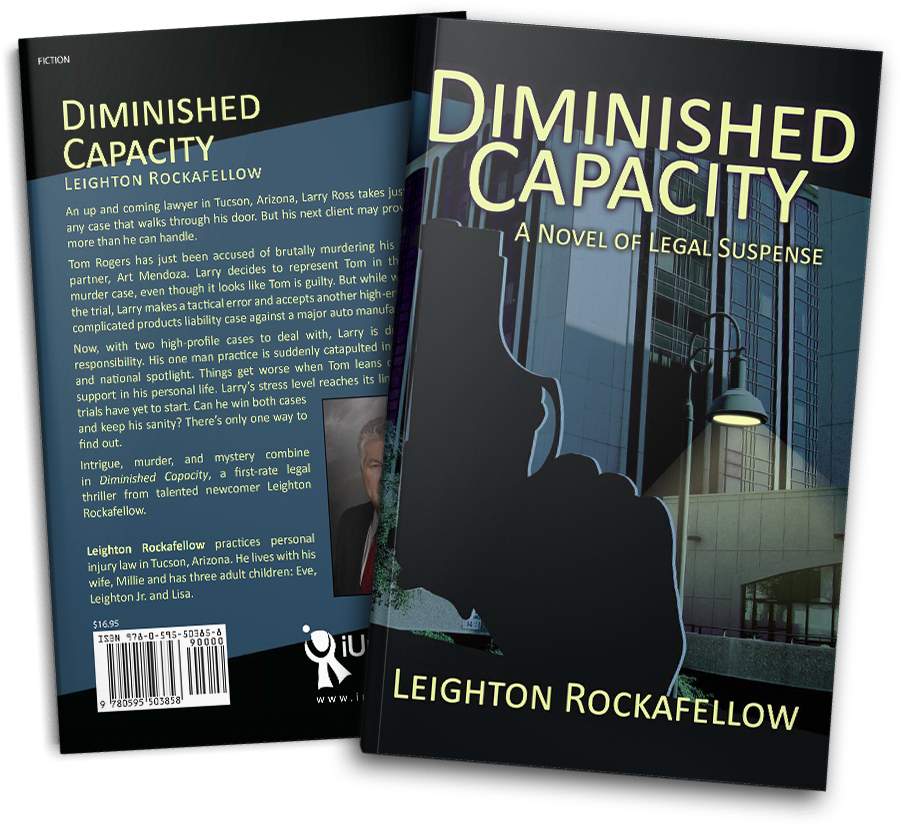 An up and coming lawyer in Tucson, Arizona, Larry Ross takes just about any case that walks through his door. But his next client may prove to be more than even he can handle.

Tom Rogers has just been accused of brutally murdering his business partner, Art Mendoza. Larry decides to represent Tom in the capital murder case, even though it looks like Tom is guilty. But while waiting for the trial, Larry makes a tactical error and accepts another high-profile case-a complicated products liability case against a major auto manufacturer.

Now, with two work intensive cases to deal with, Larry is drowning in responsibility. His one man practice is suddenly catapulted into the local and national spotlight, and things only get worse when Tom leans on Larry for support in his personal life. Larry’s stress level has just about reached its limit and both trials have yet to start. Can he win both cases and keep his sanity? There’s only one way to find out.